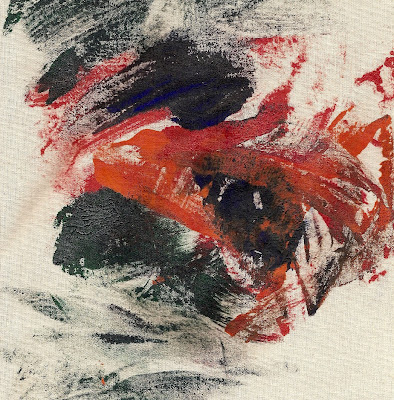 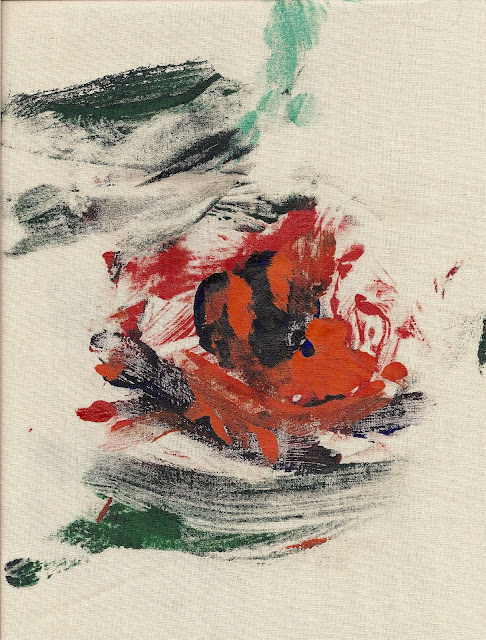 Never allow, never ever,
one’s awful assessment
of adverse circumstance--
some painful event
(whether real or imagined)
judged unacceptable
in the mundane dance--
to dispel the magic,
the awe, the wonder.

Be it gentle,
heart-felt tug
or sudden, radical uproar
--from the depths
beyond mere despair--
let vision clear
to touch in time
Nature’s secret beauties.

Immediate Presence
stabs the heart
through rainbow
or sun dog,
from ebb & flow
of ocean tides,
by rise & set
of Moon or Sun,
or, perhaps,
ever more subtle
harmonies & rhythm.

Prior to 2001, my work had not been very public. With the event of 9/11, I realized that artists have a sacred calling to express emotional content directly through art--using words and pictures, song and dance. Today, I realized that the breast prints I made in April of 2009 spoke directly to the poem that came through me in the days after 9/11. During 2005, Sally White King and I co-wrote a book of poems called "Nobody's Afraid of the Dark during the Day." While this poem appeared as an illustrated work in the show "Coming through the Loop," I did not fight hard enough for it to be included in the poetry collection. So today, I give it a place in my Heart Storm Series. Breast Prints are made by painting with acrylics the the body of the artist (usually female) and pressing one's chest onto a cloth-covered flat surface. I have come to prefer the vertical to the horizontal presentation of Breast Prints. For those of you trying this at home, do not allow the paint to dry before removing it from the chest. I speak from painful, first-hand experience.
Posted by The Gutter Artist at 11/01/2009 08:29:00 AM No comments: